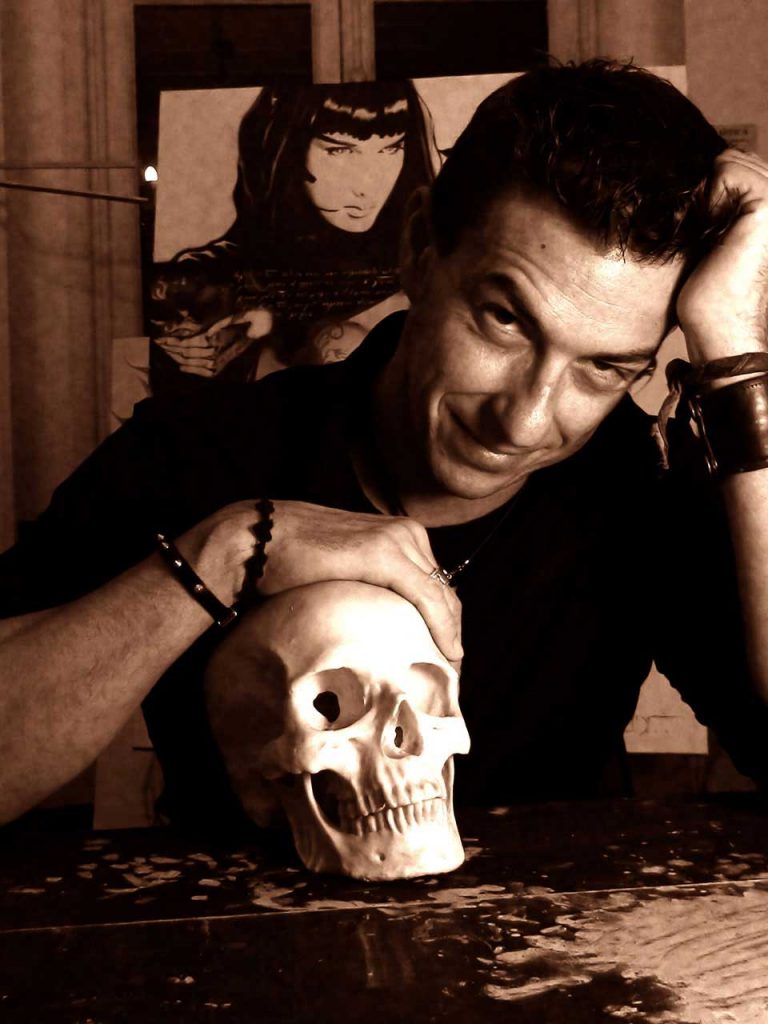 I was born in Genoa in 1973 I’m a self-taught visual artist, a painter.

On my path I began by exhibiting on the street in the towns of the Ligurian Riviera and in the premises of the historic center of Genoa.

In February 2001 I was struck by the Guillaume-Barre syndrome, progressively losing control of the peripheral nervous system, during the recovering, in the absence of normal sensory perceptions the conception of my art grew, embracing in a single gesture all the sacral, sensual and existentials linked to the flesh of human being.

I paint because it is my way of “give birth”, I create my art because I want to bring the viewer’s sensitivity back to a more human, more natural, more aware and complete level, made up of our 5 senses and much more. With each work I reconstruct a bridge towards a more “Renaissance” feeling, more confident in the abilities of the human being rather than that glossy / plasticized and superficial dimension that we live (or suffer) every day.

Blacks, whites and signs created by the drawings are mixed with the games painted in the artworks and that are linked to the five senses.

A sensual research expressed on paper, where drawing generates freedom and allows us to recognize ourselves even in the most unacknowledged choices or desires.

The idea that emerges is also contained in the intention of eliminating the concept of taboo or sense of guilt, allowing instead a profound inner freedom to emerge without prejudice, but yearning for the playful and loving experimentation that, after all, has always been inherent in the human being; but only misled by the mental prevention imposed by a false “morality”, daughter of a hypocrisy structured in the mass.

Now I live and work in Genova and La Spezia.

confirms to be of age
to access the site